I don't often watch live TV these days. I prefer to watch what I want, when I want. Last night I caught up with episode 2 of BBC Four's Ceramics - A Fragile History 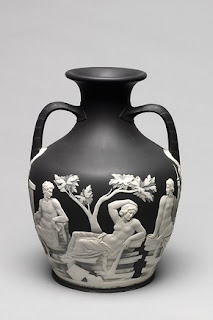 This episode charted the rise and fall of the Potteries in Stoke on Trent, a potted history really of the story of all Industrialisation in Britain over the last 150 years. The quest for cheap labour leaving the factories abandoned & desolate.

I was fascinated to see the sheer number of kilns shown in the archive footage. Seemingly rising up out of the terraced cottages. 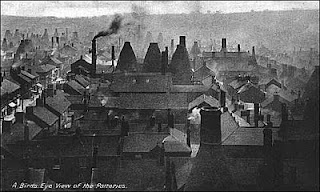 The rows of women (all dressed rather fantastically!) painting the finished pots, singing while they worked. Sad to think of the talent wasted by the closure of these factories. 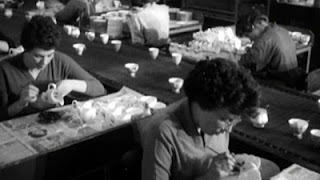 The programme left me with mixed emotions, both my Grandfathers, & my Dad worked the massive Ford factory in Dagenham. 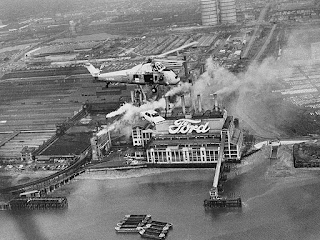 Rows & rows of newly made cars were parked up in warehouses & giant car parks very close to where we lived. The ebb & flow of the workers streaming in & out at the shift change times. 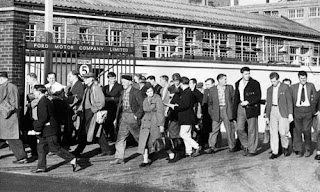 No one could be sad to see the end of all that smoke though......I would not have wanted to live in the midst of all of that pollution! My own electric kiln generates a lot of heat, and some worrying smells at times! The residents of Stoke on Trent must have needed strong lungs.

The Ford factory in Dagenham now has wind turbines to power production, see how clear the air looks in this picture..... 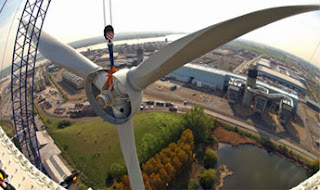 They were installed in 2004, and are HUGE!!! I went down Kent Avenue with my Dad, & stood at the base of the east turbine soon after they were put up, they are an amazing sight. The air may be much cleaner, but the number of jobs in the factory has decreased massively from the heyday of the plant. Most production was shifted out of the UK, after years of difficult relations between workers & management. Economics rules, so much of the plant was closed down, like those in Staffordshire.

I guess we have come full circle, from "piece workers" carrying out production at home, through the mass factories of the Industrial revolution, to our current economic crisis, where those with the love of "making" once again set up "cottage" industries to sell their unique handmade wares.

A fragile, and ever changing history indeed.
Posted by Dottie Dollie at 14:46 No comments:

The changing of the season


The weather is starting to change here in England. Athough the days are still very bright, the leaves are well & truly falling. The clocks went back at the weekend so the nights are drawing in. The squirrels in the tree outside are busy gathering nuts & seeds ready for the cold weather.

There are changes in my own life too! I'm preparing to move up to Colchester, further out in Essex. I'm also taking a sabbatical from my day job, this will mean more time for creating / designing & making.

I have not been able to focus on creative things for a while, so I'm thrilled to have this opportunity to take stock, up sticks, and make some changes!!!

I can't really focus on dolls at the moment as there is too much packing and organising going on, so in the meantime I'm making some jewellery, inspired by the work of my great friend Mama Bea........
﻿ 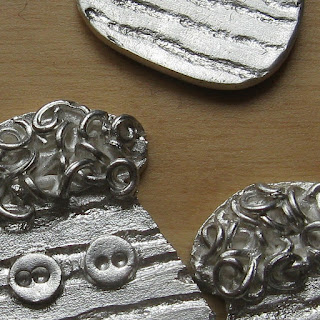 Posted by Dottie Dollie at 11:19 No comments: